Moscow can be visited in many different ways thanks to tourist services that are offered in the city: by foot, by bike, by tour bus, by taxi, by tour boat, or through other more adventurous alternatives such as hot air balloon, helicopter, or plane. In this post, I explain the different alternatives that are offered in the city for taking guided tours in English or in other languages.

The fastest and most economical way to explore the city of Moscow is to use the Metro but it can also be visited through various tourist services that are offered in the city.

One of the best ways to familiar yourself with a city is the do a guided walking tour through the center of Moscow. Many companies do free tours through the city center.

For example, Civitatis offer free daily walking free tours through the city center to visit the exteriors of the Red Square, Saint Basil’s Cathedral and the Kremlin complex, among many others. The tour can be booked online.

The tour is financed through voluntary tipping from the tourists that go on the tour and, of course, if you are satisfied with this free tour, they will offer your other paid tour options such as a tour via the Moscow Metro or a tour of communist Moscow, among others. 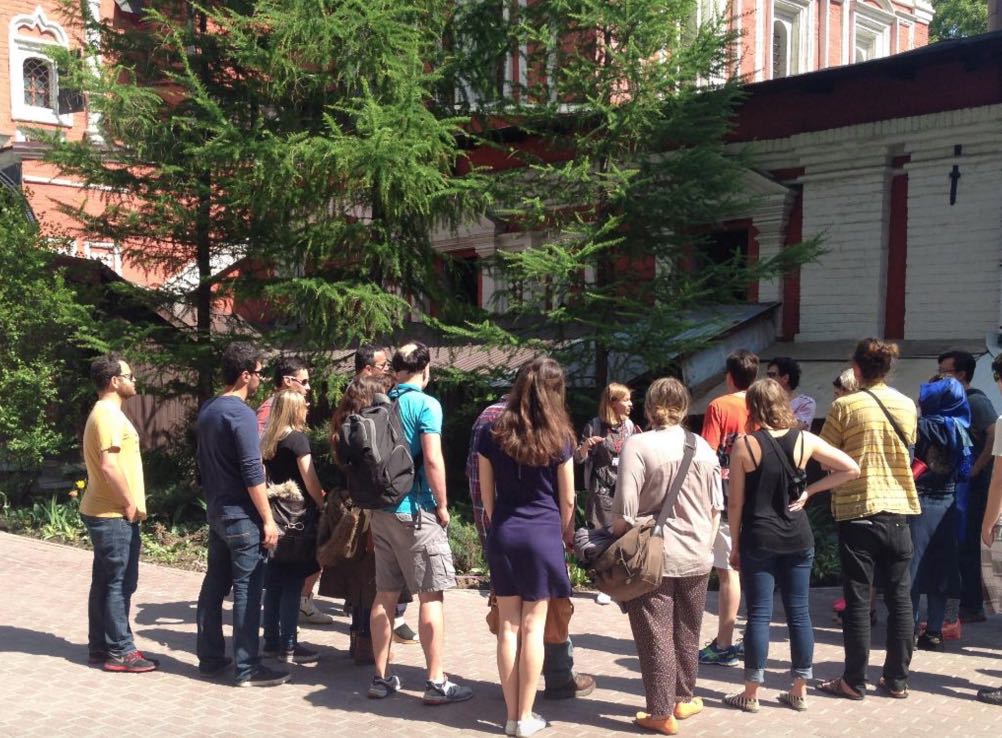 But there are many other alternatives for doing guided walking tours through the city in English or in other languages:

Another great way to explore the city is to do a guided bike tour, which will allow you to have an idea not only of the center of the city but also of other places further away from the center.

The company Moscow Bike Tours does many different bike tours through the city. For example, the Grand Moscow Bike Tour allows you to see the architectural marvels of the city, as well as the city parks. The tour leaves every day at 11 in the morning, lasts 5 and a half hours, and costs 70 dollars per person for groups of more than 3 people. You should make a reservation in advance on their website.

The advantage of the bike, apart from being ecological and avoiding traffic jams, is that it allows you the agility to explore the extensive terrain of the capital of Russia, although it is always preferable to do the tour in the summer and with plenty of time. Additionally, the network of bike lanes in Moscow has improved considerably in the last several years.

Another alternative for doing bike tours through the city in Russian or English is offered by Oliver Bikes.

Like in other large cities all over the world, in Moscow it is also possible to tour the city via the British tour bus Company City Sightseeing Worldwide, and functions via a network of franchises.

The audio for the tour is in many languages. The service costs about $18 through GetYourGuide website. 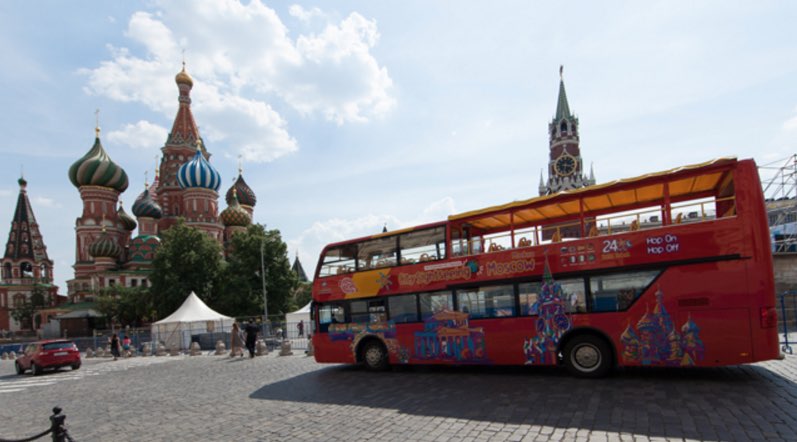 There are also several taxi companies that offer tours in several languages throughout the city. The most well-known is Lingotaxi, which will pick you up from your hotel in order to do a private tour through the city in which you can choose your own itinerary.

The inconvenience of the taxi is that it is more expensive and that in Moscow there are frequently traffic jams.

The river Moskva, that forms part of the watershed of the Volga, goes through the city of Moscow. It offers the possibility to see the city from a very different viewpoint, via a boat cruise. There are many different companies that do cruises on the river Moskva. Among them, the Radisson Royal Fleet and its modern boats with restaurant service stand out.

The boats offer two different routes, one that leaves from the Hotel Ukrania and the other from Gorky Park and they last between 2.5 to 3 hours without stops (starting and finishing in the same place). They also do night tours as well. The tickets can also be purchased online or at the point of embarkation. I suppose that during high season it could be recommended to buy your tickets in advance online.

Depending on whether or not you go in first class or tourist class, the prices can oscillate between 700 and 2,000 rubles per person. If you want to eat or have dinner on the boat, this has an additional cost. The boats offer audio guides without any added cost in both English and Russian.

Other alternatives, some more economical but on more simple boats, are:

6. Alternative methods for visiting the city 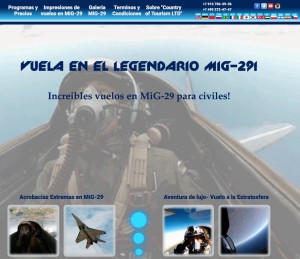 Lastly, it is also possible to take tours of the city via other less conventional modes of transportation, and services for which are generally offered only in Russian or English:

I hope that this post has helped you to choose the best way to visit Moscow. If you have found it useful, you can help me by sharing it on your social media networks. Thank you for reading!

More than 400 pages with all the information you need to plan your trip to Russia online easily, cheaply and avoiding queues
END_OF_DOCUMENT_TOKEN_TO_BE_REPLACED